Full Power Bench Remap: Hi Guys i would just like to say that i am very happy with my car the power delivery is much smoother,the extra power and torque is just brilliant! Very Happy

Hi Gents many thanks for the tune up on my car the results are fantastic! Lots more torque & power as you promised and the delivery is nice and smooth with no more turbo lag!

Hi Gents many thanks for the tune up on my car the results are fantastic! I cant get over the difference Lots more torque & power as you said there would be. The power delivery is nice and smooth with no more turbo lag!

Range Rover Evoque 2.2 SD4 2012 Combination Remap: Hi Brian just to let you know that i am very happing with the remap on my Range Rover Anti Tuning ECU. The car is performing brilliantly much more torque and power with a good MPG increase of around 12% many thanks Mr J Newton Abbot.

VW T5 2.5 TDI Complete DPF Removal & ECO Remap: I was down in Devon on holiday when the DPF on my T5 Blocked up and the dash lit up like a christmas tree. I made a call to PAS Remaps and they sorted it for me the very next day! many thanks for all your help. Mr G Leeds

Ford Focus ST 2.5 Turbo 225bhp 2006 Power Remap: Hi Bri fantastic mate cant exsplain how happy i am with a extra 50 bhp and 116nm of Torque the drive and power delivery is out standing! Now its running at 275 BHP you can really understand why more and more people are having there cars remapped, Oh and many thanks for sorting the engine management issue due to the cat being removed! Mr C South Molton.

Mitsubishi L200 2011 Jtag Combination Remap: Hi Brian well what can i say i am very happy with the Jtag remap to my L200 the Torque is much better and the power delivery is very smooth with a good increase in MPG. I know you needed the vehicle for most of the day because of the mode of tuning that was required, but it was well worth it! many thanks Mr T Torquay

Ford Focus 2.5 ST Turbo 2010 Power Remap: Hi all at PAS many thanks for the fabulous change to my car, the power is just outstanding! Mr H Torpoint

KTAG Remap Mercedes Vito 133 CDI 3.0 V6 2012: Hi Brian many thanks for the specailist Tricore ECU Remap to my vito van the difference is outstanding.

Mazda 2,3,5,6 DPF Removals now available! Mazda DPF Removals are complicated due to the extensive diagnostic work that is required!

I'm so impressed with my Mercedes SLK 55 which I thought was powerful! After the ECU remap well ...

Audi DPF removal gave excellent results for this customers vehicle the cost was less than half of a DPF replacement!

Jaguar 2.2 Diesel x-type: the remap performed on this vehicle increased the MPG by 9 mpg & a smoother more powerful drive.

Vauxhall Astra 1.6 Turbo ECU Remap transforms the over all performance of this vehicle!

My Mercedes Sprinter van had been showing a DPF regen light on & off for about 2 weeks, checked the dealer price (wow) ! so I looked elsewhere. I'm so glad I did because ...

I had heard of ECU remapping before and was cautious about the idea with my new Nissan Qashqai, but ...

Visiting Devon recently our camper went into limp mode. PAS Remaps took care of everything for us and we were back on the road in no time.

Hi Mark i thought i would let you know how the car is going well she is just fantastic. The power is 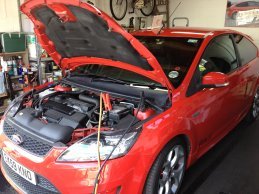 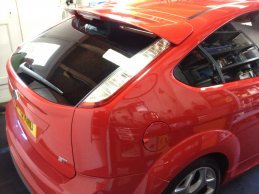 Ford Focus 2.5 ST Turbo 2010 Power Remap: Hi all at PAS many thanks for the fabulous change to my car, the power is just outstanding! Mr H Torpoint